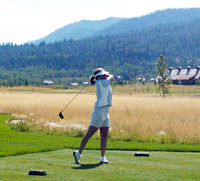 Natalie is from Rock Springs, Wyoming and has lived in Jackson for over nineteen years. Natalie originally started her career with Jackson Hole Property Management and has worked for Jackson Hole Resort Lodging from the start of the company in 1998. During her extensive career in property management; Natalie has worked in a variety of capacities that include: front desk, marketing and sales, guest relations, Manager and Director of Operations and finally General Manager. Natalie holds her Real Estate Brokers license in Wyoming and has received awards from the Jackson Hole Chamber of Commerce for her work and dedication in the hospitality industry. She enjoys the active lifestyle of Jackson Hole and especially her new found passion for golf. Additionally, Natalie enjoys time with her dogs, horses and husband. 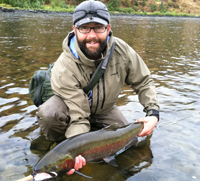 Jason moved to Jackson in 2002 from Littleton, CO and has enjoyed every minute of it!  Joining the Resort Lodging team in October of 2005, Jason brings his degree from Colorado State University in Recreation and Tourism along with his 12 years of managerial experience from Target, Sports Authority and Ace Hardware.  Jason also comes from a family who owns and operates a construction firm in Denver for over 30yrs and brings that with him as well.  When not at work, you can find Jason following his passion for the outdoors rowing his skiff for trout along the many rivers in the area, chasing steelhead and hunting with his Griffin, Spey for birds during the season and is quick to share his passion.  Jason and his staff look forward to helping out our owners and guests whenever they can! 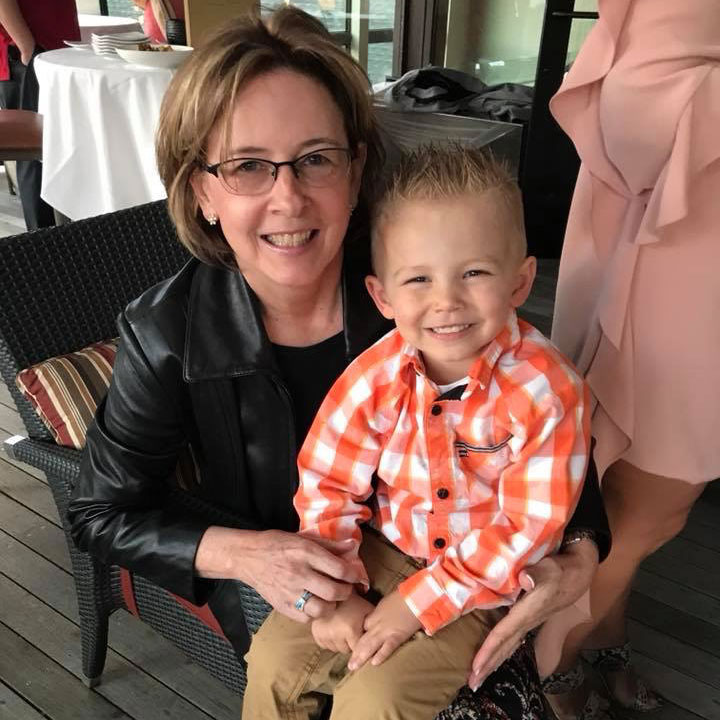 Geri was born in Twin Falls, Idaho grew up in Golden, Colorado. She moved to Winter Park, Colorado, after meeting her husband there after a softball tournament 27 years ago. Geri has spent 30+ years working in in Property Management with Housekeeping, Operations Manager, Assistant General Manager, and General Manager experience. Geri moved to Jackson Hole 7 years ago. After vacationing here for years, Geri moved to Jackson Hole 7 years ago leaving children and grandchildren in Colorado to follow a passion of Fly fishing with her husband Gary who works for Sotheby’s Real Estate. Geri resides in Victor, Idaho. 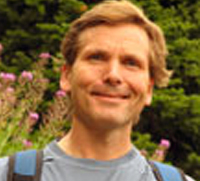 David's childhood that began in 1961 in Roanoke VA, and then he moved to Greensboro, NC, eventually led to a BS in psychology with a minor in Sociology from James Madison University in Harrisonburg, VA.  Upon graduation in 1983, Yellowstone National Park beckoned and following 6 years in the maintenance and hospitality fields there, Jackson seemed the next logical move.  After helping to manage the Sundance Inn for five years, David began working in the Caretaking profession in 1996 soon becoming a part of JHRL and the rest is history.  David's favorite past times are taking long walks in the woods with his wife Amy and puppy Scooby, and riding his mountain bike on the numerous trails in the area. 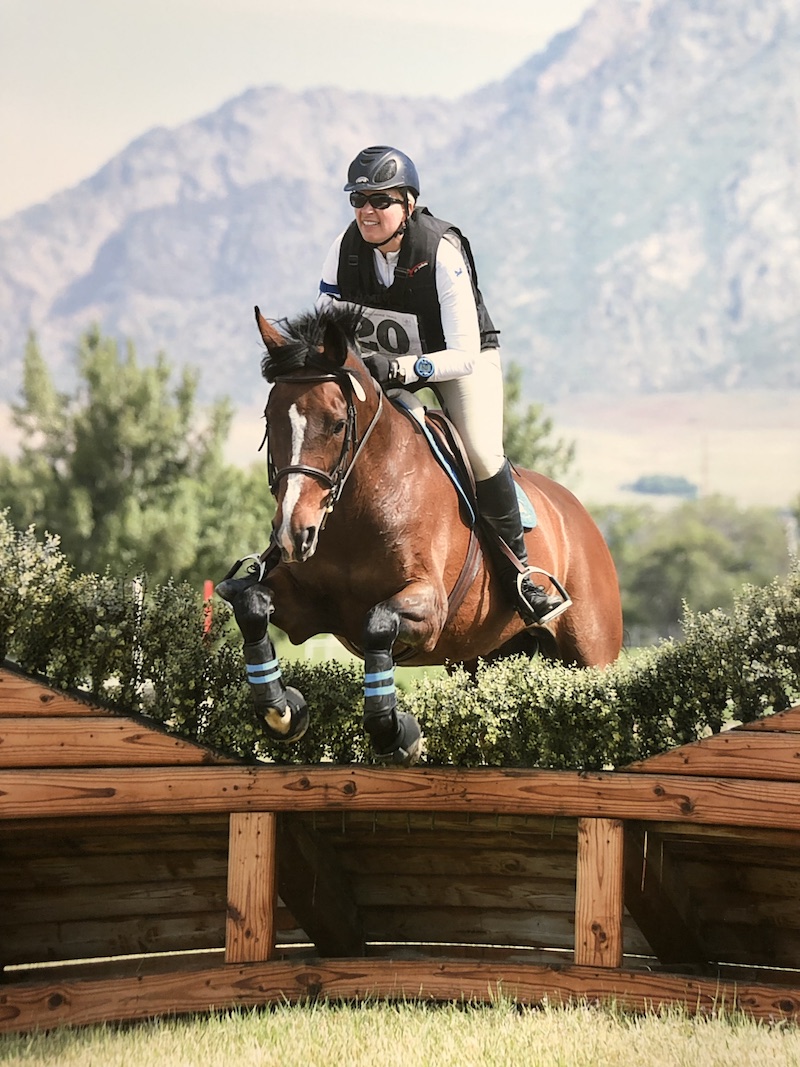 Julie graduated from the University of Richmond, and later earned an MBA and MA in International Economics and Spanish from George Washington University. After several family ski vacations to Jackson Hole in the 1990s, Julie moved to Wilson, Wyoming in 1997 . Julie worked for Alpine Vacation Rentals and Management before moving into a position within the Jackson Hole Mountain Resort. When Jackson Hole Resort Lodging was formed, Julie became the Marketing Manager and is now the Director of Marketing and Operations for Jackson Hole Resort Lodging. She has also been able to utilize her Spanish and newly learned Portuguese language skills as she oversees the Latin American markets for Jackson Hole Mountain Resort. Julie served on the Jackson Hole Therapeutic Riding Association Board of Directors including Co-Chair, currently sits on the Jackson Hole Chamber of Commerce Destination Sales Committee, as well as the Residents for a Sustainable Community. In her spare time, she avidly rides and competes on horses, and also enjoys skiing, hiking, and travelling. Julie is married to Andy Calder, and they have two young daughters, Avery and Hannah.

Madora grew up in Illinois and attended Bradley University where she received her degree in Finance. After living in Texas and Moab post-graduation, Madora arrived in Jackson in 2011 and was instantly captivated by the local community and adventures. Madora has been with Jackson Hole Resort Lodging since 2014 and when not in the office, Madora can be found skiing, camping, hiking, and biking around the valley with her husband Calvin and their chocolate lab, Yeti. 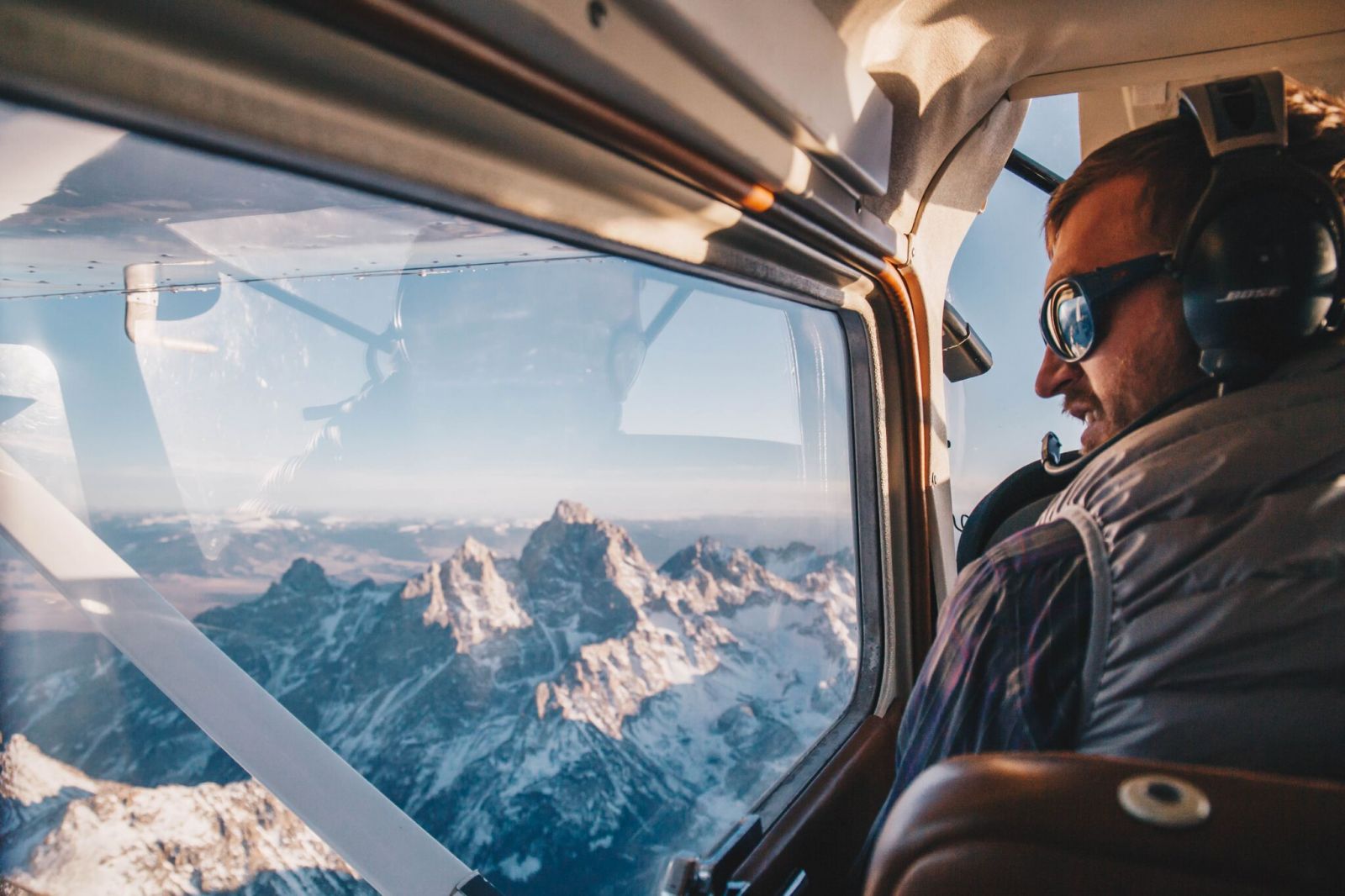 Rodney came to Jackson via Moosehead Lake and the town of Greenville, Maine. Spending the majority of his childhood around his family’s marina during the summer and the local ski resort in winters he’s an avid outdoor enthusiast. After high school he attended East Coast Aero Tech for Aviation Maintenance and then the University of Maine. Rodney moved to Jackson in 2011 and joined JHRL in 2014 as the Service Manager for the Caretaking Department and now serves as the Homeowner Association Manager.  During his free time Rodney enjoys spending his time mountain biking, rafting, ski touring and flying his small Cessna around the Tetons. 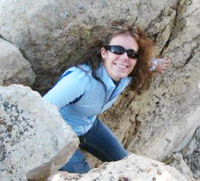 Jenny Klamer joined the Jackson Hole Resort Lodging team in 2007.  She began work with JHRL as a Front Desk Agent then went on to become the Front Desk and Concierge Supervisor to her current position, Operations Manager.  She moved here from Atlanta, Georgia after college in search of work with a sense of community and adventure.  Her hobbies include all forms of biking, hiking, running, and teaching group fitness.  When she’s not in the office you can find her doing something outdoors with her husband Gabe, children Jack and Louise and 2 dogs. 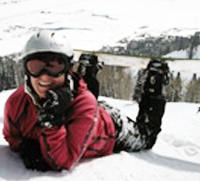 Originally from Southern California, Nicole moved to the Jackson Hole area in 1998 after living in Flagstaff, Arizona and attending Northern Arizona University. With a love for the outdoors, cooking and fun Nicole and the mountains make a great pair. Nicole and her chef husband Travis own a small Bistro in Victor, Idaho serving up good food and fun to the Teton Valley Locals. 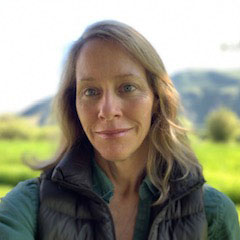 Angie graduated from Colby College in Maine with a degree in Psychology. Her passion for the west led her back to work and explore in mountains of Wyoming, Idaho and Washington. Over the years she has pursued her interests in outdoor education working for National Outdoor Leadership School, with youth-at-risk at Red Top Meadows and in architecture at Carney Architects and BOE Architects.  Angie has worked for JHMR since 2013 most recently as an account manager for JHRL. She enjoys the year round activities Jackson has to offer with her husband and children. 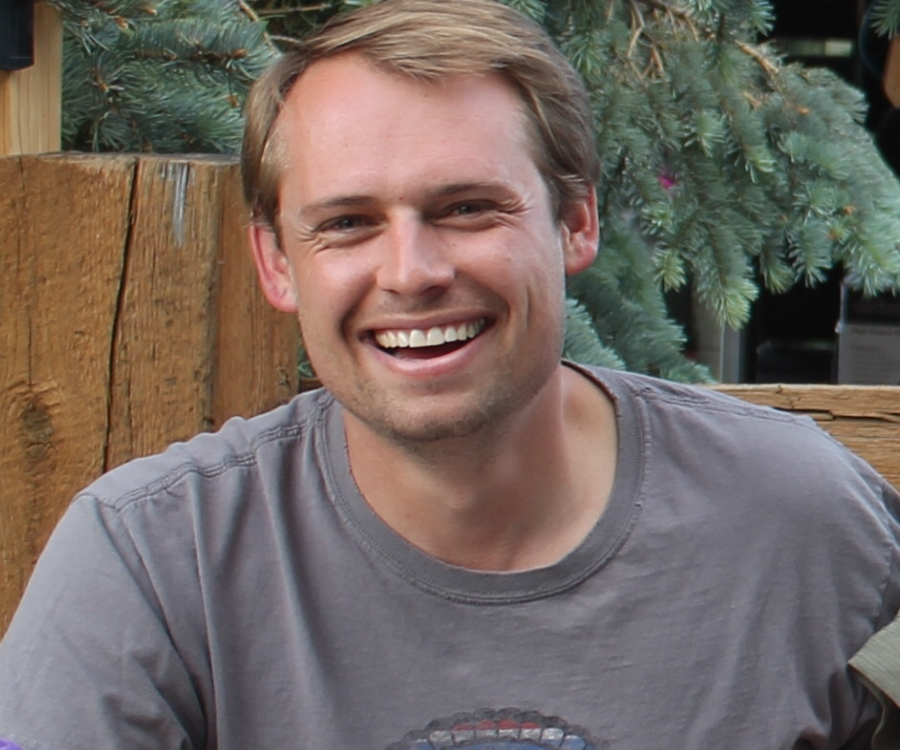 Jamie was born and raised in Jackson. After graduating from Jackson Hole High School in 2008 he spent time in Bozeman Montana, where he studied business at Montana State and explored the outdoors. Jamie joined JHRL in the spring of 2019 as Assistant Account Manager. While not at Resort Lodging he can be found either mixing cocktails at Orsetto, mountain biking, floating the river or skiing. 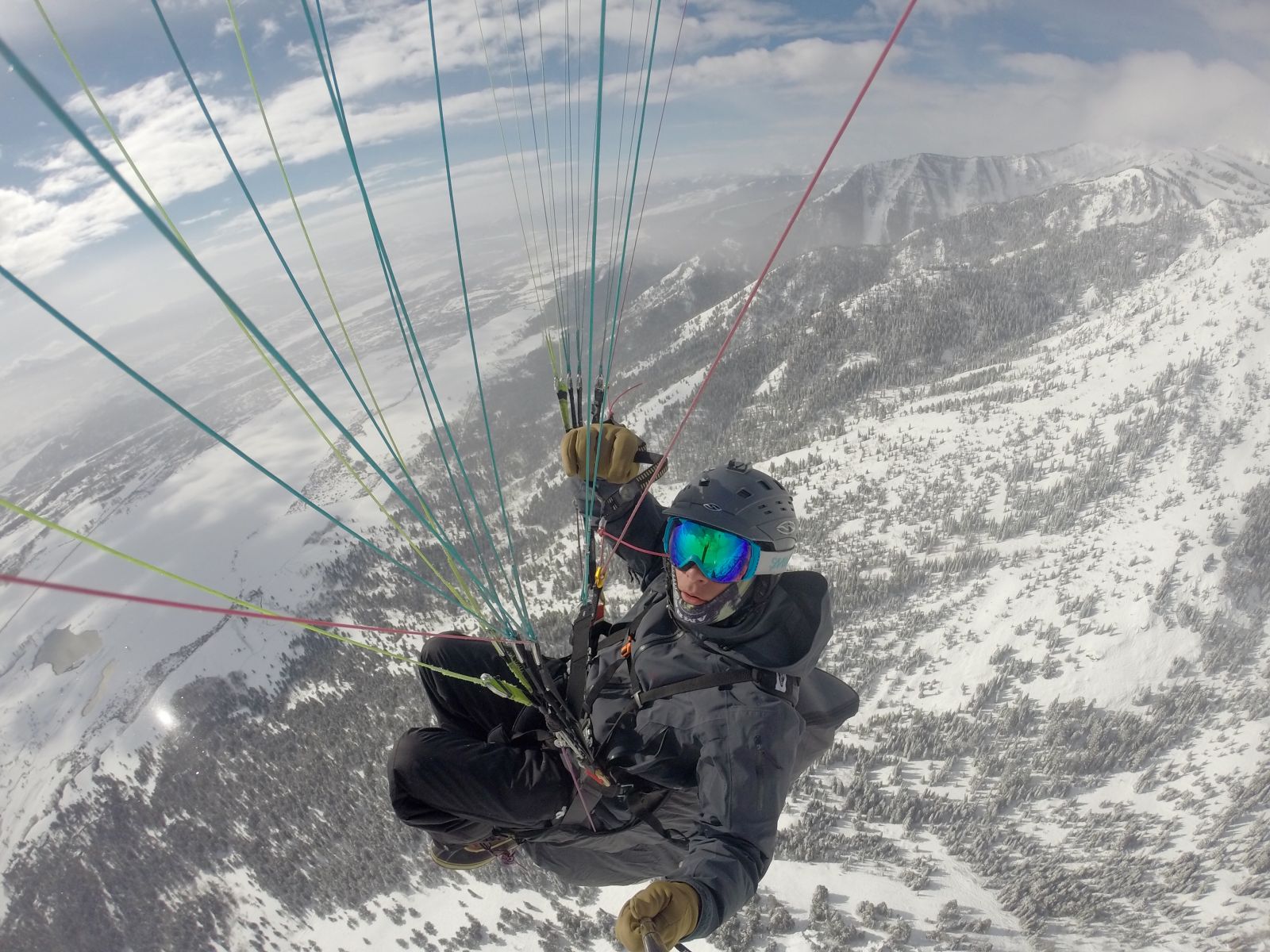 Originally from eastern North Carolina, Neal moved out west in 2010 from Charleston, SC, where he studied International Business and French. A life-long coast-dweller, he has found a new love for the big mountains here in Jackson Hole. He has worked with the resort since he arrived and has traveled internationally since 2014 to help promote this magical destination. You can find him deep in the powder skiing during the winter and up in the skies paragliding in the summer. 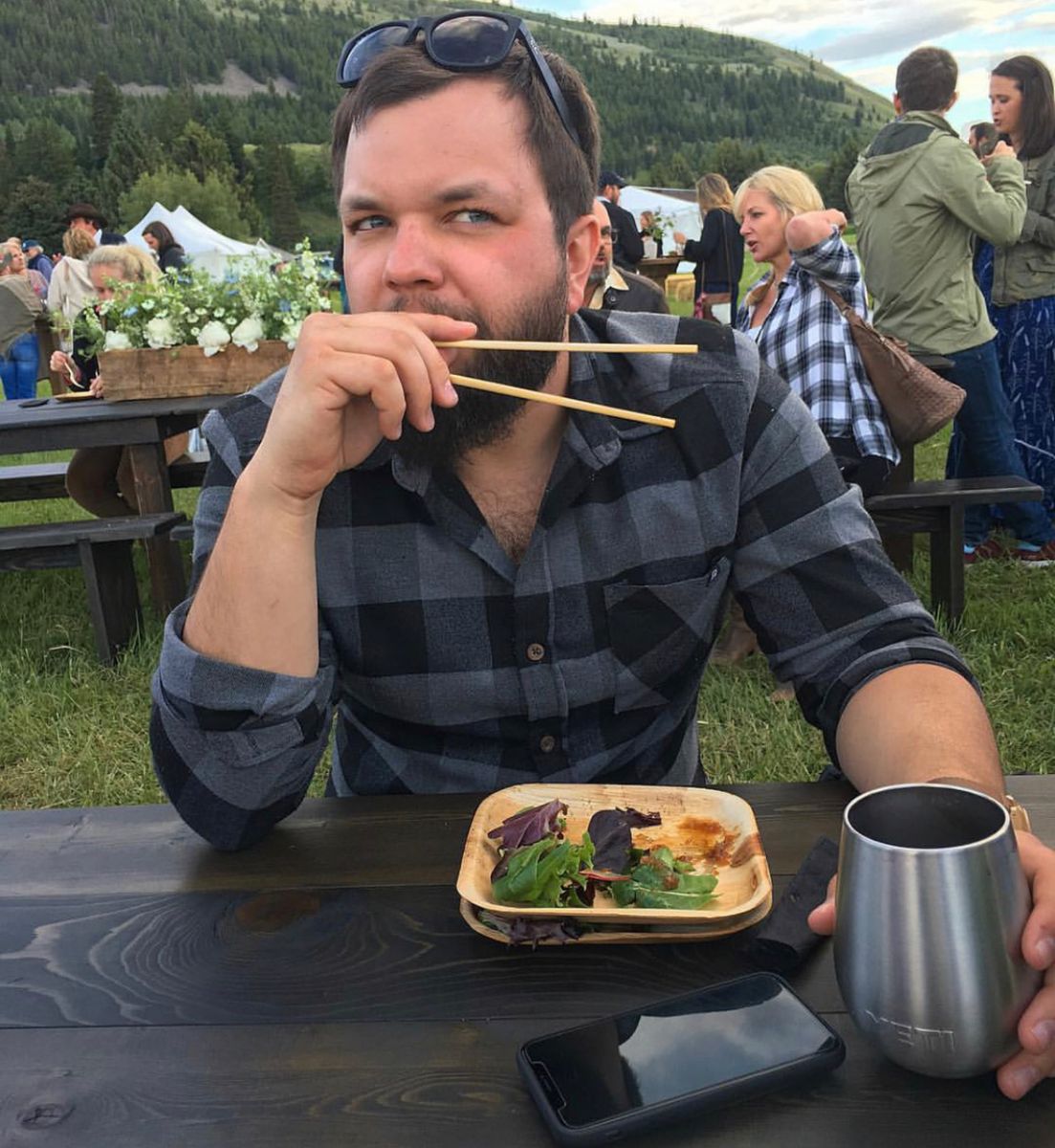 Originally hailing from a small town outside of Gainesville, Florida, Rob started visiting the Tetons in the late 90’s. Spending summers at Old Faithful, it was only a matter of time until moving to the mountains full time; one summer in 2006 was all it took to make Jackson Hole his permanent home. Rob has worked in the hospitality industry for the majority of his time in the Tetons, joining the Jackson Hole Resort Lodging team in May of 2016. Rob, his wife Giulia, son Oliver and dog Nora enjoy getting outside as much as possible—camping and hiking in the summer and snowboarding in the winter.

Tyler grew up in Broomfield, CO where he later attended the University of Colorado – Boulder and received his bachelor’s degree in business management. After graduating he lived in Denver for a few years before making the move to Jackson, WY in 2009 for a job as the branch manager of a cell phone store. Growing tired of sales he wanted to change gears and started working for JHMR in 2011 in the Human Resources department as a Seasonal Assistant. After some time he grew within the company to become the Property Manager for employee housing properties. During his time off you can find him snowboarding, bowling, golfing, fishing, hiking or camping with friends and his dog Olive. 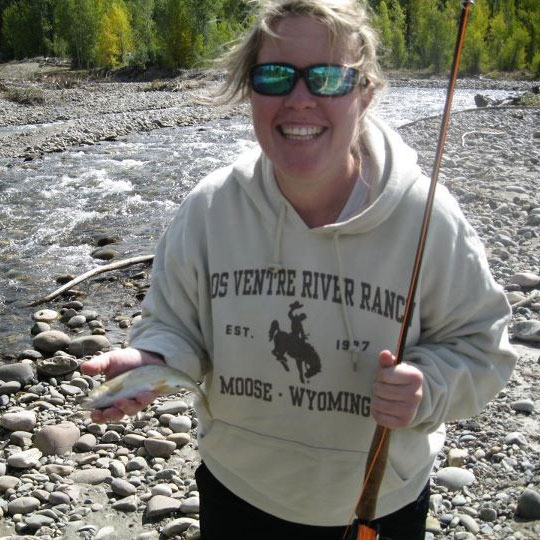 After graduating from Warren Wilson College in 2008, Jill decided to head west of the Mississippi and visit the vast open spaces of Wyoming.  After only one season in the Tetons she knew this place had taken ahold of her.  Jill is happy to share her love for this beautiful area and help guests become excited about taking either their 1st or 15th trip to the Jackson area.  In her off time she can be found exploring with her pup, Stella Blue, or trying to catch a fish or two.

You can also search for content on our site here: